Jamaica Beach Volunteer Fire Department
HomeAbout UsAmazonSmileApparatusCPSC RecallsCall HistoryCall VolumeContact UsDonateERGEvents CalendarFilesFire GlossaryFire NewsGuestbookJournalKroger CardLinksMembersNewsPicturesThe FallenVideo
News headlines
NWS Severe Weather/Hurricane Guide
Hurricane Season starts June 1. https://www.weather.gov/media/hgx/HurricaneGuide2018.pdf
Fireworks
Just a friendly reminder, possession and/or discharge of fireworks are prohibited in the City Limits of Jamaica Beach. This includes along the beachfront as well between the State Park and the West e...
➜
Fires on the Beach
Fires must be in an approved container that has a lid (ie. firepit or grill)Open fires on the sand or even in a hole in the sand are forbidden as this may lead to fires in the dunes and the coals may ...
➜
Beach Safety Tip 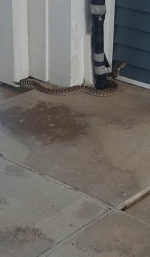 Snakes in the dunes. Please keep away from the dunes, especially children and pets. Hibernating season for snakes has ended and there have already been reports of snake sightings on the west end.
About us

JBVFD is a founding member of the Galveston Marine Response (GMR) which is made up of first responders from JBVFD, Galveston Island Beach Patrol, Galveston Fire Department, Galveston Police Department, Schlitterbahn Water Park, and Texas State Park Police.  The GMR is setup to operate in any water related emergency under the direction of the Galveston Emergency Operations Center.

This site has been viewed 44,651 times.
Calls
News
Events
Pictures
Apparatus
Maintained by the members and staff of Jamaica Beach Volunteer Fire Department. Designated trademarks and brands are the property of their respective owners. Copyright © 2006-2022. YourFirstDue Inc. All Rights Reserved. Content on this web site is supplied by Jamaica Beach Volunteer Fire Department. YourFirstDue Inc. cannot be held responsible or liable for any content, text, pictures, or any other media found on this web site.
Management login
Powered by